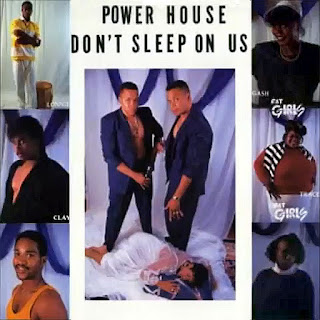 Very Rare 80's RnB/Dance/Hip Hop Pressing out of Jamaica, Queens NY.
Turned out Local hits {of the time} such as;
"No More Sweet Love" "Irresistible" "U.R. My Lover"
surprisingly, a few cuts had success in South America..

not much info on the net about these guys,
but luckily, i attained 'first-hand insight'....
Lead Vocalist, Clay Washington {"Irresistible; U.R. my Lover"} Recalls;


" These guys, Rob and Reggie (twins) had this idea to do a compilation album to promote the artists that they signed.
I just thought I'd have one song on it, {Irresistible} but they ended up with extra room, so we put "U R My Lover" on it.
I was told it was a compilation,. but when they were finished with the album and photos, they made it look like we all were a group!
And the funniest thing was, the Twins were on the album cover as if 'They' were the musicians! ..That was so strange to me..
All in all, it was an Interesting Experience...My First View into the world of recording...I learned a lot..."


here
Posted by Hallowicious at 7:15 PM No comments: 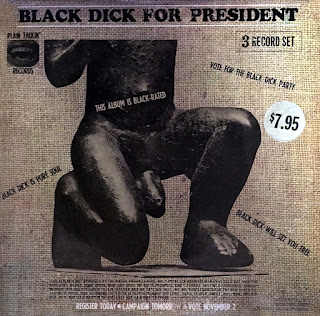 {where in the hell do i start with this one...lol}

There is not much info on the net about this Album set
...and what there is, much of it is inaccurate...so i did some research... (why?, i don't know..)
Recorded Sometime in 1970, & Released in Early 1971,
This 3 Record set was not only treated as very 'Underground',..
it was probably only taken out at 'Late Night Parties' after the kiddies went to bed
(probably more prevalent in the Black Community at that time, due to the Strong Political Content...)
The Main Jizz....er...i mean,...'Gist'  is..
the "Underrated Superior Black Man's Penis in 'White Controlled Society' pre 1971....

Not only was this really Raunchy,..
it was quite shocking & out-there for the time.
{...and Quite Pricey for the time, at $7.95 in 1971...about the equivalent of $50 today..}
Albeit Comedy,..This recording exudes "Heavy Overt Politically Biased Rhetoric'
(^..the best way i can "formally" describe it...lol)
Today, Filthy Comedy & Political Rhetoric such as This,
is nothing that shocking... unfortunately...

..so, get ready for 1 hour and 46 minutes
of some Racist Black Guy Cursing & Ranting
about how Wonderful, Magical & Superior,
the Black Man's Penis is for the Universe...

Posted by Hallowicious at 7:17 PM No comments: 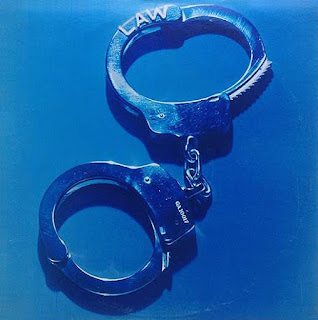 i'm guessing that the 'unspoken pzazz' of this band, {at the time,}
was that it was an "Interracial Rock Group"
which did occur previously, {Sly, Creation, etc.}
but yet still fairly uncommon for the time,
giving the group  the "Soul Rock" label...
in reality, it's just Really Good Straight-Ahead (slightly funky) Rock....


here
Posted by Hallowicious at 7:29 PM No comments: 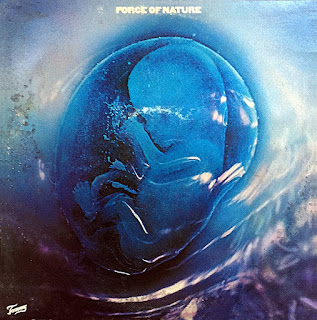 Their 1st of 2 LP's of the 1970's...
Soul Rock mixed with "jazzy spots"
Good Songwriting, even Acknowledged by Stevie Wonder...
{i wouldn't be surprised if Stevie 'had a hand in' the writing of the track: "Thoughts"}
not much info about this Group/LP on the net,...
but i found this review online somewhere,
that also gives a good description of it,: {paraphrased}

..Force Of Nature has a sound that's alot like {the early days of} Earth Wind & Fire – quite progressive, with lots of jazzy flourishes, and a spiritual message that's pushed with a crossover Soul sound. The album seems to have been cut as a one-off Philly International side project – and it does have involvement from Dexter Wansel and Bunny Sigler, but the overall sound is quite different than the usual Philly groove..."

here
Posted by Hallowicious at 6:52 PM No comments:

Alpha Centauri : Finally Coming into View...{a.k.a.: The Long Void is Over !}

Email ThisBlogThis!Share to TwitterShare to FacebookShare to Pinterest
Labels: how to setup a turntable in only 2 years, Record Collection, the long void
Newer Posts Older Posts Home
Subscribe to: Posts (Atom)